Hello and welcome back to Frightful Fridays! Today's entry actually comes to you on Friday and is courtesy of Paizo friend Kajehase. The potoo bird is a weird looking thing, and I figured that weirdness would translate to some interesting abilities for a larger, more intelligent version.

I hope you like the potoo bird, and Frightful Fridays! will be back next week with a new monster. Thanks for reading! 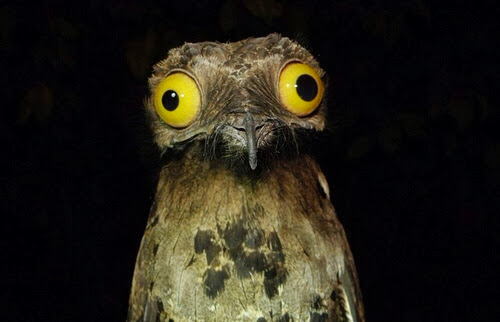 This googly-eyed bird can be found here


Special Abilities
Afterimage (Ex) As part of a move action, a potoo raptor can dilate its pupils to their fullest extent to activate this ability; any creature engaged in melee with the raptor that does not avert its gaze must make a DC 18 Will save. If the creature fails, it believes the potoo raptor remains in the location from which it moved. This is a mind-affecting compulsion effect. The save DC is Charisma-based.
Mournful Cry (Ex) The potoo raptor's forlorn cry causes despair in all who hear it. A creature within 60 feet of the raptor must succeed at a DC 18 Will save or become dazed for 1 round and sickened for 1d6 rounds. This is a sonic mind-affecting charm effect. The save DC is Charisma-based.


The potoo raptor is a strange evolutionary throwback to the potoo bird, similar in some respects to the relationship between many prehistoric raptors and present day birds. However, the potoo raptor has extra abilities beyond its extraordinary size and camouflage that allow it to more easily hunt prey, especially intelligent creatures. A typical potoo raptor specimen stands 5 feet tall and weighs 200 pounds.


The potoo bird's haunting call becomes much more powerful in a potoo raptor; the raptor's cry brings forth a sense of ennui in those who hear it, causing them to become listless and not quite as able to resist the bird's attacks. Typically, a potoo raptor establishes its home in a forested or jungle area near a small settlement. It sits on a tree branch or stump, where it camouflages itself, and waits for intelligent prey to wander through its territory. A single potoo raptor prefers to attack one or two humanoids at a time, but, if hungry enough, the bird will attack larger groups.


The potoo raptor's other ability to create an image of itself in the mind of nearby foes allows it to escape from more powerful creatures. Additionally, a pack of raptors uses this ability to confuse opponents into attacking figments of their imagination while the pack circles around and attacks the unsuspecting foes.
Rarely, a druid or ranger will raise a potoo raptor as a hunting companion or to defend the druid or ranger's home. A potoo raptor egg sells for 500 gp, while a trained bird sells for 5,000 gp.

Posted with Blogsy
Posted by Mike Welham at 12:00 PM 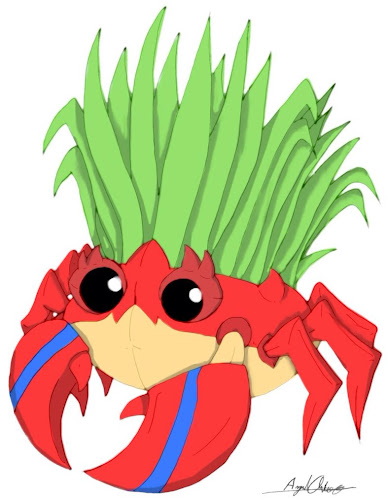