Howdy, and welcome back for another Frightful Fridays! I have moved on from plants to something else. This week's pair of creatures has no unifying theme (OK, they're both Small), but they are weird. First is the dropsplacer bear, a fun take on the drop bear. Next is the hydroseal, an adorable animal that shoots water.

I hope you enjoy both of today's offerings, and I'll see you next week with another monster. Thanks for reading, and I hope you have a happy holiday week! 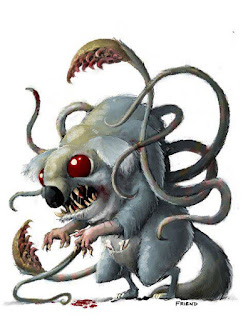 Dropsplacer bears are cruel creatures that delight in surprising prey that it falls upon and subsequently mauls. When they can’t situate themselves to effectively descend upon their opponents, they use their innate teleportation ability to land on their foes from a distance and attack. They also take advantage of this teleportation to grab victims and abscond with them to high locations, where they can attack their victims without interruption or just drop them from their perches. Dropsplacer bears in underground areas especially enjoy dropping their victims, since they can cling to horizontal surfaces with the sticky pads on their paws, while their prey usually cannot. 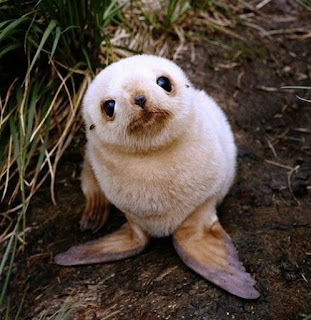 Hydroseals resemble ordinary seals, and, at first glance, there is very little to distinguish them from ordinary seals. They are a little more precocious, though, and often indulge their curiosity, heedless of any danger they might expose themselves to. When something threatens them, they reveal their primary means of fighting back, as they unleash a powerful blast of water from a bladder they use to store water as they swim. The water bludgeons the seals’ targets and allows them to repulse or knock down their targets. Hydroseals use this water jet to propel themselves in water to escape from more powerful predators. They also benefit from an extremely slick oil that permits them to slip out of a creature’s jaws or to turn aside potentially devastating strikes.

Hydroseals adopt other seals into their pods for protection but turn out non-hydroseals during lean times when food becomes scarce. Because of the extraordinary speeds at which they can shoot through water, they often travel from location to location to find the best sources of food. Like their cousins, hydroseals are carnivorous and prefer fish.

A typical hydroseal measures 3–1/2 feet in length and weighs 125 pounds.