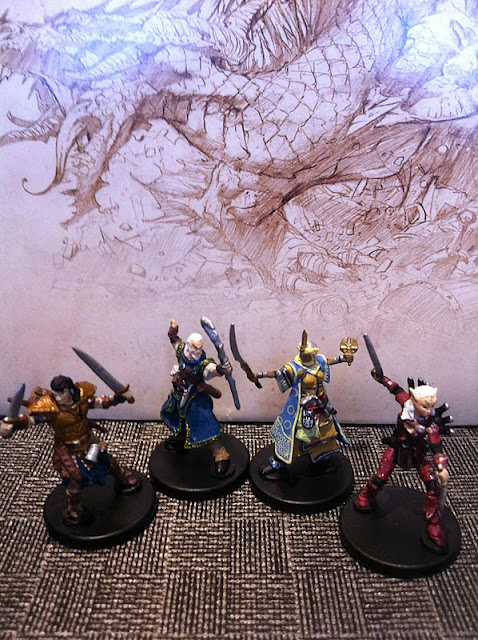 This week, I received delivery of the first-fruits of Paizo's partnership with Wizkids: the four iconic characters used in the Beginner Box.  These are the best paint jobs I've ever seen on pre-painted minis: I know the pictures aren't great, but hopefully you get some feel for how well-detailed and well done these are.  I had complained about the little black plastic pads (for lack of a better term) that are at the points were the mini attaches to the base, previously.  I still don't like them, but they seem less noticeable to me when you are handling the minis than they are while looking at the pictures.  Based on what I'm seeing, users of plastic, pre-painted miniatures are about to enter a golden age in which they will not look back on Wizards' canceled line with regret.  Kudos to Paizo and Wizkids! 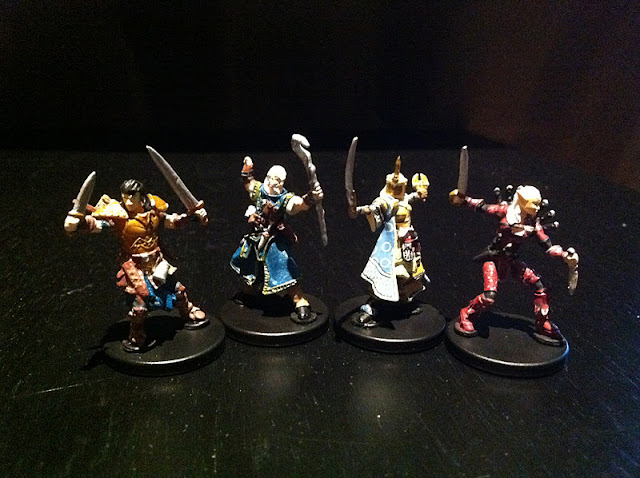 Posted by Theodric the Obscure at 12:18 PM