Sometimes, world-building needs to go by the book, beast by beast.  Below are two books I recently finished in which I found ideas about the beasts of a setting that intrigued me and stood out as worthy of reflection, and perhaps out-right stealing.*  Though some revelations are inevitable, I will try to minimalize any significant spoilers. 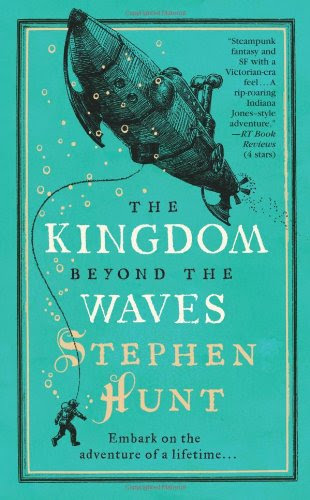 Hunt the Space Witch!
Reading Notes:  Quite enjoyed these stories, more than the fantasy doorstop setting that he later wrote (admittedly, I just sampled his famous series, reading one or two novellas rather than the full novels.)  Energetic and pulpy!


Beastly Business:  In the titular story of the book, we run across a character who keeps and exhibits a menagerie of exotic creatures.  I am tempted to simply relocate this character to Ygg, changing some minor character features so that s/he fits the fantasy setting better than his outer space origin.  Silverberg's beasties are colorful and threatening.  In the traveling zoo, we find (leaving out Earth creatures):
Bringing the Exhibitor, and the beasts and their keeper(s), into Ygg raises the issue of the problems of a traveling circus/museum such as his/hers.  In a non-sci-fi setting, this would require a large company, unless the Exhibitor wielded great magic.  What if the entry or the exterior of the exhibition traveled and the menagerie itself staid in some hidden location?  Now the Exhibitor is the master of a dungeon.  I'm getting kind of an evil Howl's Moving Castle feel from this change, and I like it.  Maybe most people who pay and visit don't have the dungeon experience.  That would be reserved for special guests.  I think I will also read Ray Bradbury's original short story that inspired Something Wicked This Way Comes for more development ideas.  A dungeon based on such a model doesn't have to concern itself with figuring out a natural ecology, since it is also a zoo.  In addition to holding almost any beast in the bestiary, such a dungeon is a great place to introduce strange new creatures.

I may expand on this idea in a future update to the Dungeon of Game-Mastery.


The Kingdom Beyond the Waves
Reading Notes:  Enjoyable, lots of twists.  I didn't enjoy it as much as the first book for some reason, perhaps partially because I was disappointed the two main characters were almost excluded from the second book.  The first book had an ancient dungeon ruled by elder gods in it.  The second has a dungeon that is the degenerated remnant of the sewer system beneath an ancient city.

Beastly Business:  The lost civilization at the heart of the story was the pinnacle of super-science and the bio-engineered denizens of the sewer system had mutated into monsters.  The sewer creatures had been created to maintain, clean, and reprocess all the wastes of the great city, and to share a hive consciousness so that they worked together like an efficient system of machines.  From these docile servants, they mutate into monsters.  My preference in gaming generally excludes ancient super-science and technology, but for the Expedition to the Barrier Peaks fans among you, this is a great way to approach beasts and the dungeons they populate.  A look at the Swords & Wizardry Core bestiary yields a number of potential mutants of the degenerated techno-sewer: fire beetles, giant rats, yellow mold, gelatinous cubes, grey ooze, ochre jelly, will-o-the-wisps, black pudding, and giant slugs would need little justification or alteration to fit perfectly.


I hope you've enjoyed this Mythopoeic Monday's peek into one aspect of world-building in two authors, and how they can be adapted for gaming purposes.  Either one of the options could be developed, with thought, from a small dungeon to even a sprawling megadungeon with the features of a mythic underworld.  They provide an environment for imprisonment, exploration, and threat that give a particular character to the setting, whether they are central or tangential to the plot. **


* Gaming, like teaching, is one of the areas of life where one can and should steal from the best, unlike writing and scholarship.  So even while reading a steampunk novel and a collection of space romances, I am alive to picking up some gems to share at the gaming table.
** While the issue of plot is more complex in the case of gaming than it is in the case of the composition of fiction, I maintain that it is an essential part of role-playing, and that the better the plot that arises in gaming, the better the game for most players.
Posted by Theodric the Obscure at 8:00 AM